(Featured image a concept painting of San Francisco in 2048 for the film, The Fifth Sacred Thing, courtesy of Jessica Perlstein)

In light of our era’s myriad socio-ecological crises, the utopian imaginary is no mere imaginative exercise, it is utterly vital for the continuity of life as we know it. The rapacious global socioeconomic system that is modern capitalism has created a world wherein a mere eight billionaires now own more wealth than the poorest half of humanity (OXFAM, 2017). Unfettered economic growth and its wildly unevenly distributed benefits (Gorz, 1987), human population expansion, and the rapacious production and consumption patterns characterized by our pro-growth economies have created a climate system in disarray (Ehrlich & Ehrlich, 2013) which, due to greenhouse gas emission levels not seen for at least the last 800,000 years (IPCC, 2014), portends a real dystopian future with more frequent and intense storms, droughts, heat waves, water shortages, crop failures, rising seas, and mass migrations across the world. Modern industrial agriculture, in addition to being responsible for the violent deaths of over 55,000,000,000 land-based animals per year (that’s roughly 150 million sentient lives ruthlessly extinguished per day) (Mitchell, 2011, pg. 38), is a highly resource-intensive enterprise that relies heavily on artificial pesticides and fertilizers and is thus a main driver of transgressions of Planetary Boundaries for climate change, biosphere integrity, land-system change, and fresh water use (Rockstrom et al, 2009) (WWF, 2016). Most worryingly, the current 6th (human-induced) mass extinction (Ceballos et al, 2015) portends the loss of a near incomprehensible 67% of thousands of monitored vertebrate species (to say nothing of other known and unknown species) by 2020 (WWF, 2016). In this age of precarity, we not only can but must create infinitely better worlds than this.

My vision for a ecotopia would consist of a global and borderless society organized along decentralized communal-anarchist lines (Bookchin, 2005) featuring federations of autonomous, self-sufficient, and interconnected eco-communities. Within and between them would be large communal dining and meeting spaces for strengthening social bonds and encouraging frequent interactions amongst humans as well as more-than-human animals. These vibrant spaces would frequently host music, food, art, cultural, and science festivals, festivals in honour of animals and our Mother Earth, communal markets for showcasing and exchanging goods produced by the various communities, and serve as relaxing spaces replete with revitalizing greenery for people (and animals!) to rest, ruminate, and interact. Ecologically resilient and energy-efficient homes would be surrounded by gardens producing fresh seasonal and local produce, all within a short walking distance to communal research and education centers, theatres, wildlife areas, recreational spaces, and libraries. There would be some global body or system for facilitating global communications, research, and travel, as well as mapping, organizing, and distributing resources across the globe. Renewable energy sources such as solar, wind, and tidal power would be the driving forces of this new world, while all ecologically destructive enterprises and activities would either be severely restricted (such as logging) or outright forbidden, such as the production of non-biodegradable materials and resource-intensive goods. Common modes of travel would include continental and trans-continental high-speed maglev trains, bicycles, buses, ships, and planes, all powered by renewables. Gone would be the individual car and the immense damage wrought by way of pollution and road-induced sprawl to communities and ecosystems. Education would place emphasis on the arts, philosophy, critical thinking, literary studies, and most importantly, biological and environmental sciences. All would be taught from early childhood the basic principles of ecology, how to live sustainably, the unique characteristics of the wonderful life forms with whom we share our planet, and how the grand and complex earth systems that support us function.

Personal freedoms would be boundless in such areas as dress, sexual proclivities, leisure, religion, travel, consociation, and the like provided that they do not endanger others or hinder their needs for self-expression. However, I firmly believe along with Fourier (1971) and Wells (2005) that completely unhindered freedom is deadly to the sustained wellbeing of large and complex societies predicated on interdependence. Therefore, the existence of individuals who possess far more wealth, land, and resources than their fellow humans would be a thing of the past, on the principle that no sane society should ever allow a single person to go in want of food or shelter while another wallows in excess. Gone would be the days of ravenous corporations and CEOs exploiting people, animals, and the natural world with impunity for the pursuit of profit, and I’m not so sure that we’d even need a monetary system. Instead, the new socio-economic system denoted earlier would merely exist to help the independent federations coordinate their exchanges of goods and services. Due to the enormous environmental impacts and ethical depravities associated with factory farming, and in line with the ecological principles on which the new society would be founded, food production would consist largely of vegetarian and vegan-based products. Individual and/or small-scale meat production, while strongly discouraged, would be permissible depending on necessity and context. Similar to Bellamy’s system of work in Looking Backwards (2009), I envision a workweek of around four or five days per week at around five hours per day, with each individual’s work life beginning around age twenty-five and a retirement age of forty-five, as the necessary and sufficient contribution of each individual to the ‘whole’ of society. A wide array of occupations would be at hand to suit each individual’s unique proclivities and abilities, while further incentives and shorter hours would be arranged for less agreeable yet necessary tasks such as waste management which haven’t already been made redundant via technological innovation. Rather than the hyper-individualism, competitiveness, and egotism that characterize modern capitalist societies, the social and material conditions of a profoundly saner, more egalitarian, and resource-abundant society will eradicate or at least substantially minimize such pathological traits as greed, hyper-individualism, competitiveness, and mutual aggression. In their place, the characteristics and principles that will be nurtured and become vital components of a more harmonious and resilient society include a respect and love of ‘otherness’, reciprocity, kindness, and empathy.

Many of the utopian visions that I’ve come across have often had one glaring omission: animals. How are we to relate to and reconfigure our presently damaged relations with the millions of co-evolutionary counterparts with which we share our planet? In my ideal utopia or ‘ecotopia’, a respect for and love of animals would be embedded into the social fabric. Cruelty towards animals (and humans, of course) would be punishable by intense social pressures and/or banishment from the federation, though initially efforts would be made in order to investigate why a particular individual is behaving violently and consequently rehabilitative measures would be instituted in order to help him or her improve. My ideal ecotopia would dispel such ill-conceived notions as that human beings are the pinnacle of evolution, or that we possess some ‘God-given’ right to dominate and exploit the natural world and our animal kin for our gain, and would instead enforce the idea that we form merely one strand amongst countless others in the grand web of life, and that all animals- from the cockroach to the great blue whale- possess equal and intrinsic worth. Similar to E.O Wilson’s (2016) ‘Half-Earth’ proposal, the new global society would likely consist of vast and interconnected terrestrial and marine preserves interspersed between human communities for the preservation of species and natural biogeophysical processes. As I deem the idea of ‘nature’ as completely detached from the ‘human’ infeasible as well as erroneous in light of the deep intermingling that has always characterized the human-nature relationship, reasonable numbers of human inhabitants could frequently visit and/or live in these areas as they wished. Furthermore, the numerous ‘human’ federations would also be replete with numerous animal co-habitants for a truly inclusive new socio-ecological reality. Under the limitations of the present, it may appear that the preceding ideas are hopelessly idealistic or impossible, but in fact they are well within the realm of the possible. We have the technological, scientific, and intellectual capabilities to effect a radical reorganization of society. What we presently seem to lack is the will and imagination that propels us beyond the bounds of the ‘thing-that-is’ and into the terrain of the ‘thing-that-might-be’ (Wells, 1900). However, these capacities are never entirely absent, they’ve merely been temporarily suppressed by the overwhelming severity of the myriad crises we presently face. The utopian imaginary, which critically challenges the purported immutability of the present by shedding a piercing light on its inadequacies and thoroughly contingent nature, as well as offering glimpses of substantially better ways of being, is now more vital than ever. We must nurture it wherever it surfaces and never let its spark extinguish. 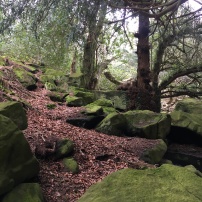 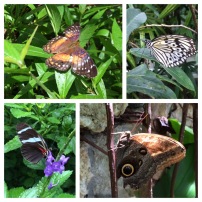 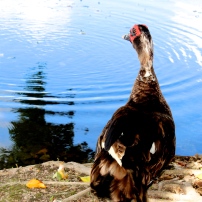 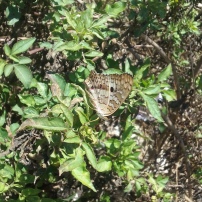 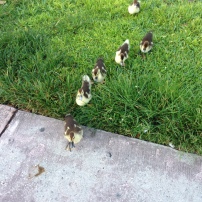 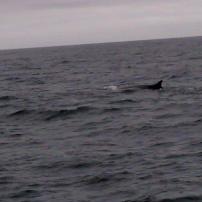 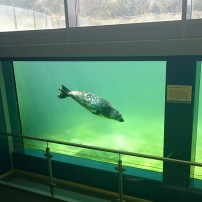 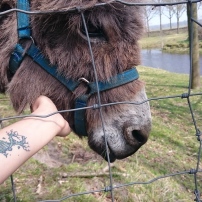 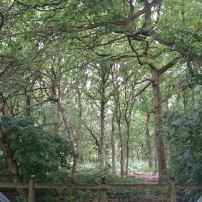 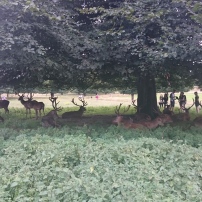 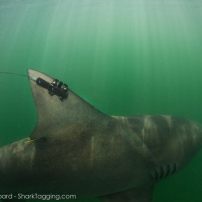 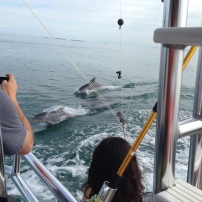